Jobs For Veterans With Ptsd

After devoting several years to a structured military life, it can be difficult to return home and adjust to civilian life. Depending on what your military experience was like—and whether your service consisted of combat or not—you may return with depression, anxiety, or PTSD.

Jobs For Veterans With Ptsd

According to the US Department of Labor, 4.7 million veterans have service-connected disabilities, including PTSD. However, by seeking support from friends, family, and a therapist, veterans can work through the changes and thrive in a civilian lifestyle.

Stigma Is Biggest Hurdle For Veterans With Ptsd

Veterans are one of the largest demographic groups to suffer from PTSD, as active duty service during war can involve high stress, dangerous and violent situations. PTSD symptoms can worsen during times of change and uncertainty, which many veterans experience as they rejoin civilian life and move on from their time in the military. Both PTSD and these changes can cause a sense of loss of control, which leads to anxiety.

Finding work after years of service in a specific military role can be particularly challenging. However, because this is a noticeable problem for veterans, the government offers incentives to businesses that hire veterans.

There can also be problems that come from adjusting to being around your family on a regular basis, especially when they don't understand the challenges that come when they enter back into the civilian channel. They may misinterpret your attitude and behavior and not give you the time and space you need to feel comfortable during this change. Miscommunication can make it worse for you and your family. The impact of PTSD extends far beyond the effects it has on you and can end up hurting your loved ones.

Unfortunately, these negative circumstances can create a vicious cycle of readjustment problems. The longer it takes them to get a job, the more stressed they become about money and the more uncertain they feel that they will ever be able to adjust. If the family is impatient and pushes the veteran to return to their normal and old life, more stress can result. It is a balancing act to take measured steps towards civil life and to devote sufficient time and effort to self-care.

In the name of self-care, it's good to take some time right after you return to relax at home, catch up with family, and get into a consistent schedule. However, being inactive for too long can make it difficult to return to the workforce, as it can lower your self-esteem. If you're having trouble getting back on track, consider talking to a licensed therapist, as challenging your thought processes can help you deal with depression and PTSD.

There are many jobs that favor hiring veterans. Postal Service jobs offer competitive pay, consistent hours and give preference to job applicants who are veterans, with more than 113,000 veteran employees. Veterans are awarded points based on certain criteria. Those with higher scores have a better chance of being hired for a specific position.

These points are distributed for things like wartime service, campaign service that resulted in an award, veterans who are disabled, etc; the more points you are given, the higher priority you are given as a job candidate. These government jobs offer great benefits and can provide stability for veterans who need to feel secure as they get back into the swing of things.

Army Veterans With Ptsd Have To Battle Their Demons

Henry Chong, a recruiter at US Customs and Border Protection talks to military job seekers about career opportunities in his department. CBP photo.

If you are one of the many veterans who joined the military to have their tuition covered through the G.I. Bill, this can be a great outing in civilian life because school can be thought provoking. However, take it easy in the first semester, as tough classes can cause PTSD caused by stress, which can affect your mental health and ability to cope with classes. As with family and work, self-care is an important part of adjusting to civilian life and should not be overlooked.

Veterans often struggle to adjust after years of service in the military, and this struggle can be even worse for PTSD sufferers. However, if you take care of your mental health through personal care and/or counseling, as well as giving yourself time to adjust to home life, work at a new job, and return to school, you can overcome PTSD symptoms and get back to the kind of life you want to live. According to a new survey by LiveCareer, nearly 88% (87.7%) of current and former military members believe that post-traumatic stress disorder (PTSD) or other mental injuries from war affect their chances of employment veterans when they enter the civilian workforce.

And, while 92% of respondents believe their military experience makes them better employees, only 60.8% think their military background will help them in their civilian job search.

“The truth is that over 80% of veterans come home without PTSD. However, a large number of military job seekers feel they are facing an uphill battle against certain stigmas," said Doug Jackson, CEO of LiveCareer.

"When it comes to PTSD and other mental injuries from war, military job seekers think employers are still in the dark," Jackson said. "If employers learned more about these invisible injuries, maybe we could eliminate some of the misconceptions and see more veterans being hired."

LiveCareer asked military job seekers what advice they would give other military members returning to the civilian workforce. Here are their best answers:

Public Thinks Veterans With Ptsd 'struggle To Hold Down A Job'

Almost 92% of respondents believe that their military experience makes them better employees. In addition, 97% of respondents think that other veterans should show and be proud of their background when looking for a job.

"Military jobseekers join behind the belief that their service has made them more competent workers." "Regardless of their service, military personnel are confident in their ability to perform as outstanding employees," Jackson said.

50 percent of veterans and active military members find it difficult to translate their military experience when writing a resume. And only 16.4% of respondents think that it is very easy to do this.

LiveCareer conducted this national survey from October 8, 2014 to October 29, 2014. The survey included a representative sample of 1,153 US veterans and active duty military members.

WASHINGTON — After Bob Simonovich's post-traumatic stress disorder left him anxious around large groups, loud noises and unpredictable environments, he wasn't sure what kind of career he could handle in his afterlife. a war

"I loved baseball all my life," said Simonovich, a former sergeant who was injured in a bomb blast in Iraq 11 years ago. "But when I came back, I didn't know if I would ever be able to go to a game again. The crowd, the fireworks, it's just something I didn't think I'd be able to do.

Simonowicz's work as a data manager for the Akron RubberDucks (minor affiliate of the Cleveland Indians) was done through the Individual Placement and Support program, designed to match individuals with mental health challenges to employment opportunities. potential work built around the needs of their workplace. .

Earlier this month, Department of Veterans Affairs officials announced plans to partner with the nonprofit Social Finance to expand use of the program at VA medical centers. Nearly 500 veterans in the New York and Boston region will participate in what officials hope is the first wave of a broader deployment of the resource.

"We want to make sure our veterans not only have better employment, but better overall health outcomes," said Melissa Glynn, VA assistant secretary for enterprise integration.

Veterans Struggle With Their Mental Health

Related Posts of "Jobs For Veterans With Ptsd" 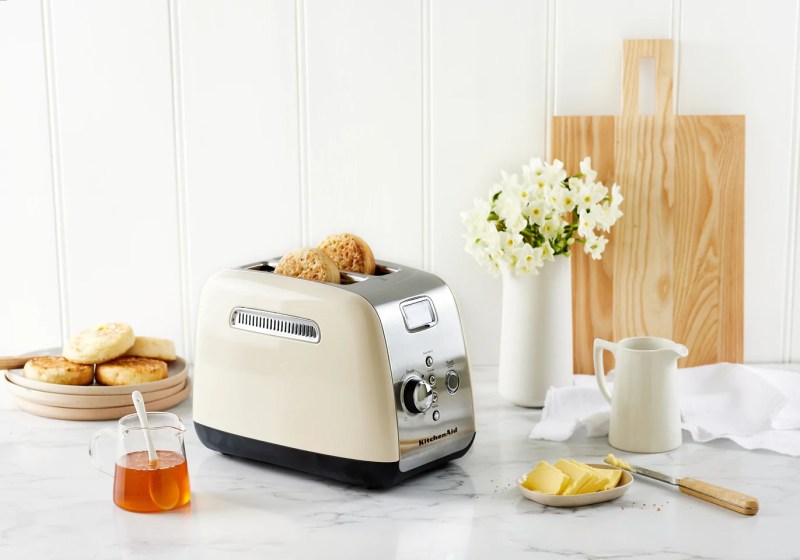 Top Rated 2 Slice Toaster 2020 - Donna Currie is a food writer and blogger specializing in recipes and kitchen gadgets. She covers kitchen tools and gadgets for The Spruce Eats and... 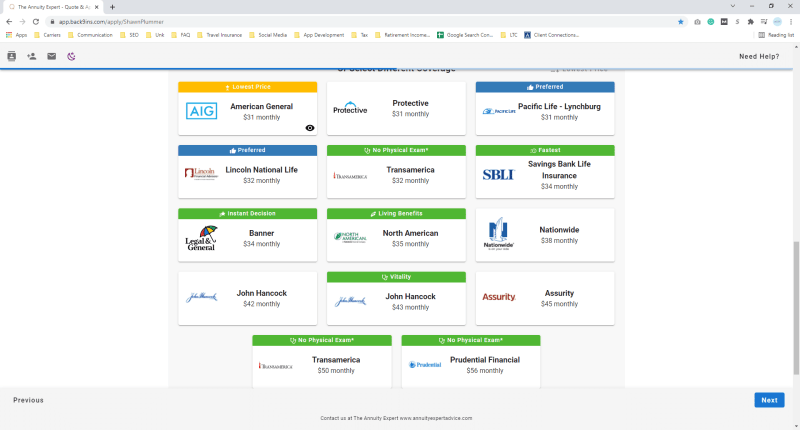 Best Life Insurance Rates For Seniors - People over the age of 60 are likely looking for the right life insurance to provide their loved ones with a source of income in the event o... 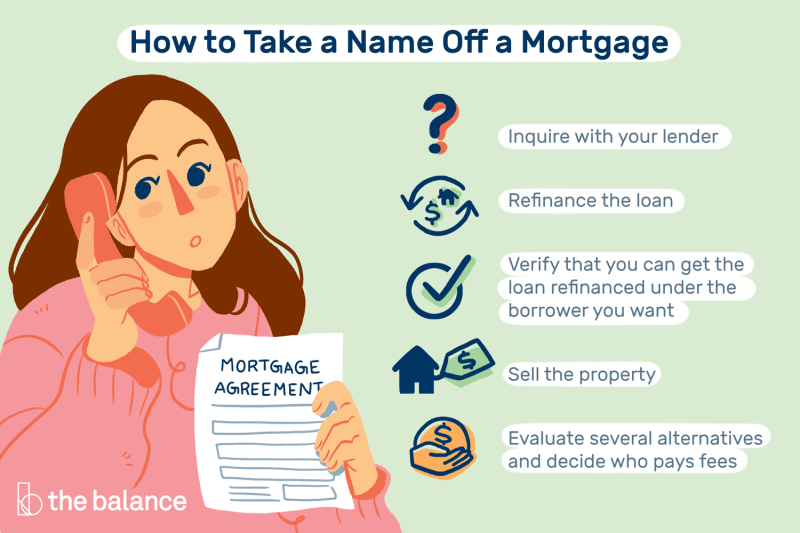 Best Companies To Refinance Mortgage - If you're on the Galaxy Fold, consider opening your phone and viewing it full screen for a better experience.Editor's Note We have not review...

Which Is Better 18k Or 24k Gold - We're glad you asked! Gold jewelry is reinforced with other alloys, or mixtures of metals, because pure gold is too soft for everyday use. While 1...

Whats The Difference Between Term And Whole Life Insurance

Whats The Difference Between Term And Whole Life Insurance - We help you check if your insurance coverage is right for you at this stage in your life (we'll let you know when your...

What Is The Minimum Auto Insurance Coverage

What Is The Minimum Auto Insurance Coverage - Driving can be very dangerous. Although most car trips are unreported, the National Highway Traffic Safety Administration reported tha... 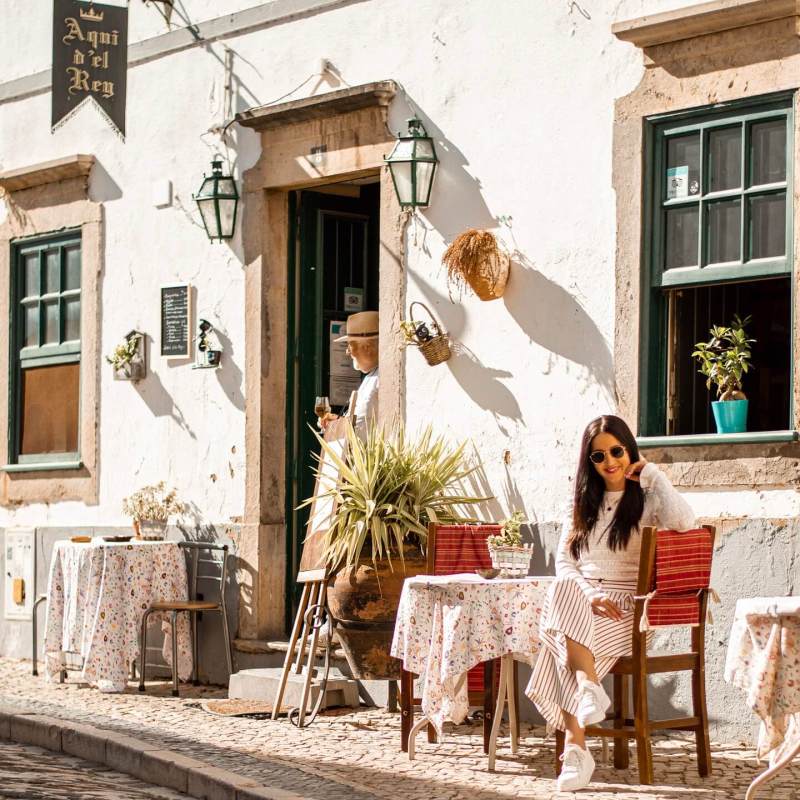 Warm European Destinations In February - In December, January and February, ditch your winter blue duvet and take a vacation to some of Europe's coolest hotspots.Chasing the Europe... 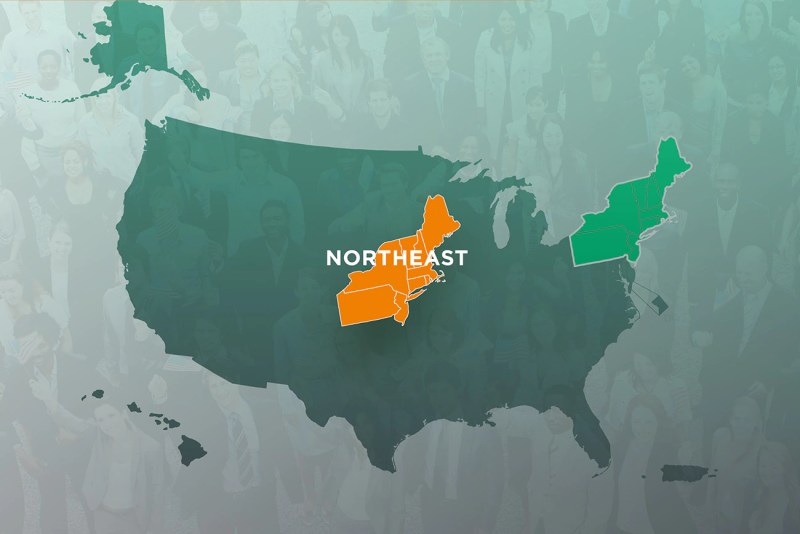 States With The Least Sunshine

States With The Least Sunshine - Many people suffer from depression during the winter months when we produce less vitamin D. So can supplemental vitamin D treat seasonal depression...